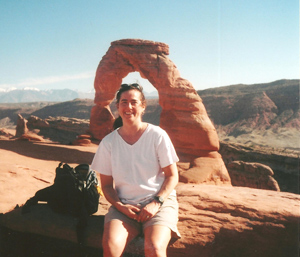 Ali graduated high school from The Westminster Schools in Georgia, and earned a B.A. in English from Rhodes College in Tennessee. She later earned a masters degree in education from University of Georgia, and a master of arts in English from the Bread Loaf School of English at Middlebury College. At the time of her death, she was working toward a PhD in Education.

Ali taught high school in Georgia for four years and in Spain for a year before moving to Juneau in 1997. Since then, Ali has taught at Juneau-Douglas High School. She is revered by legions of students for her ability to challenge them, make them roar with laughter, and inspire them to love literature and learning. While she may be best known for her wit and humor, her audacity and her nonchalance toward authority, she showed deep caring and compassion for her students, many of whom turned to her for solace and guidance.

Throughout her life Ali showed a penchant for mischief, laughter, sarcasm and bucking convention. Always active, Ali enjoyed hiking, camping, kayaking, skiing and biking. When Juneau’s ice arena opened Ali rented the ice every Sunday and rallied a group of friends to play hockey, though she could barely stand up on skates.

Ali’s greatest love was her children. She was a playful, creative and devoted mother who took many children into her circle of laughter and warmth.